William Levi Dawson (1899 – 1990) was born in Anniston, Alabama. At an early age, he demonstrated an indomitable will and determination to become a musician and to escape the drudgery of farm life. This was coupled with a spirit of optimism and the belief that he could accomplish anything he set his mind to. At the age of 15, he ran away from home (with the aid of his mother) to attend Tuskegee Institute where he completed his high school and Normal School education. He later received his Bachelor of Music from the Horner Institute of Musical Arts and a Master’s from the American Conservatory of Music. 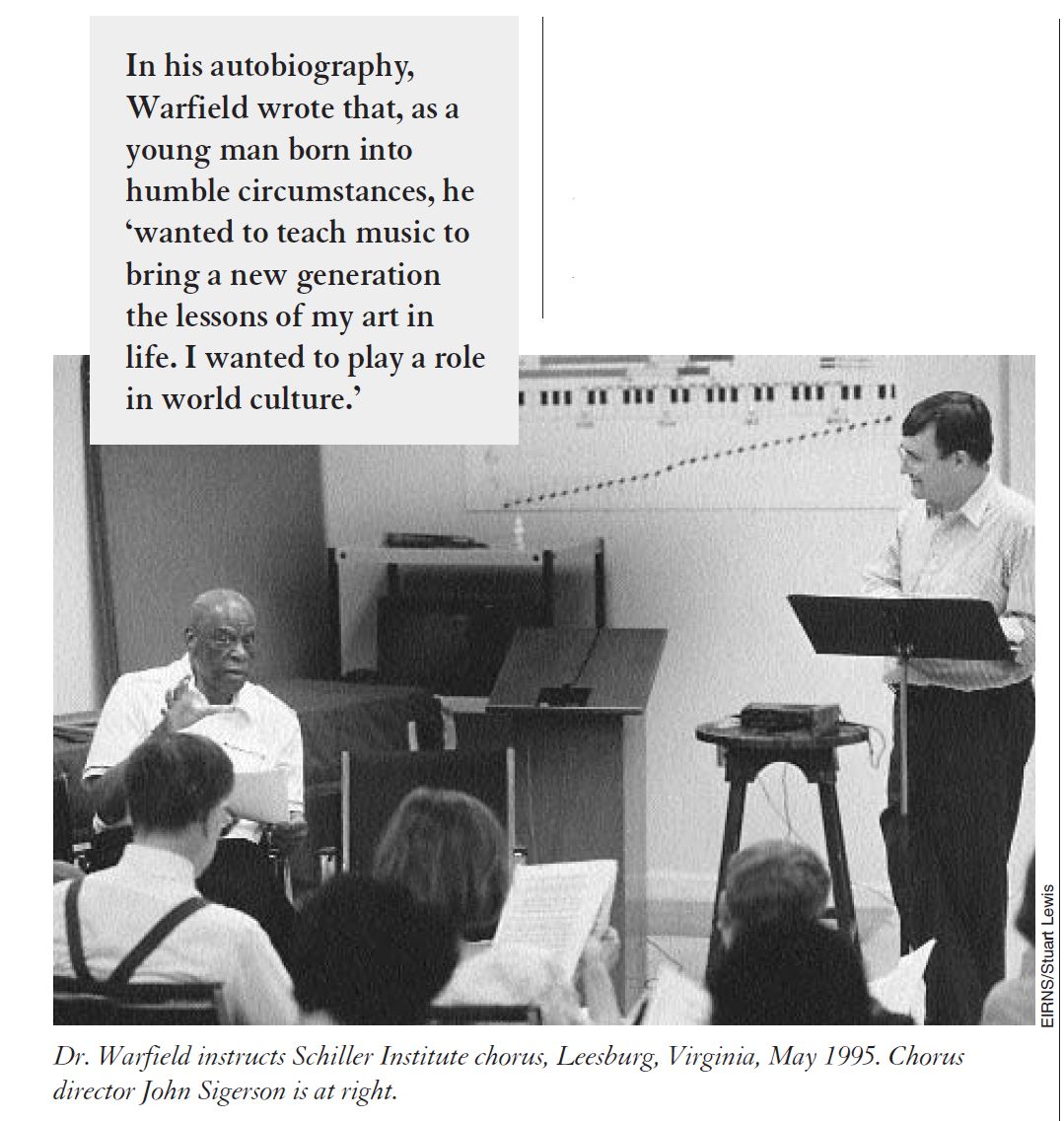 It is the purpose of my presentation, to identify what constitutes universal culture, as distinct from any “centrist” conceptions of culture, Eurocentric, Afrocentric, Sinocentric, or egocentric. Centrism is a noise word for what we previously called racism. The centrist theory entertains the idea that everyone in the human race should have his or her own theme park, or his or her own designer cage in a human zoo. And, this human zoo should be ruled, according to population control experts, like Gen. William Draper, by a force that will become “the Park Ranger for the human race”[!].

Many people are completely confused about the idea of universal culture and universal history. For example, a college student asked me: “Who would write this universal history, since everyone comes from a particular background?” My response was, “That depends on whose universe you think it is.”

If there be universal laws, then they exist in each section of the universe in the same way. Their manifestations may be different, but the law is the same. If these laws can be known to be true, and demonstrated to be true, they are science. It is the communication, transmission, and improvement of these laws which is universal history.