On Wednesday, December 29th, 2021, the Schiller Institute NYC Chorus presented a tribute to the Alexandrov Ensemble with a ceremonial program and musical offerings, five years after the tragic Christmas Day, 2016, air crash which killed everyone on board. Presiding over the solemn event was Captain Randy Geis, City of Bayonne Fire Department. Invocation was given by Reverend Dorothy Patterson, Bayonne, NJ. 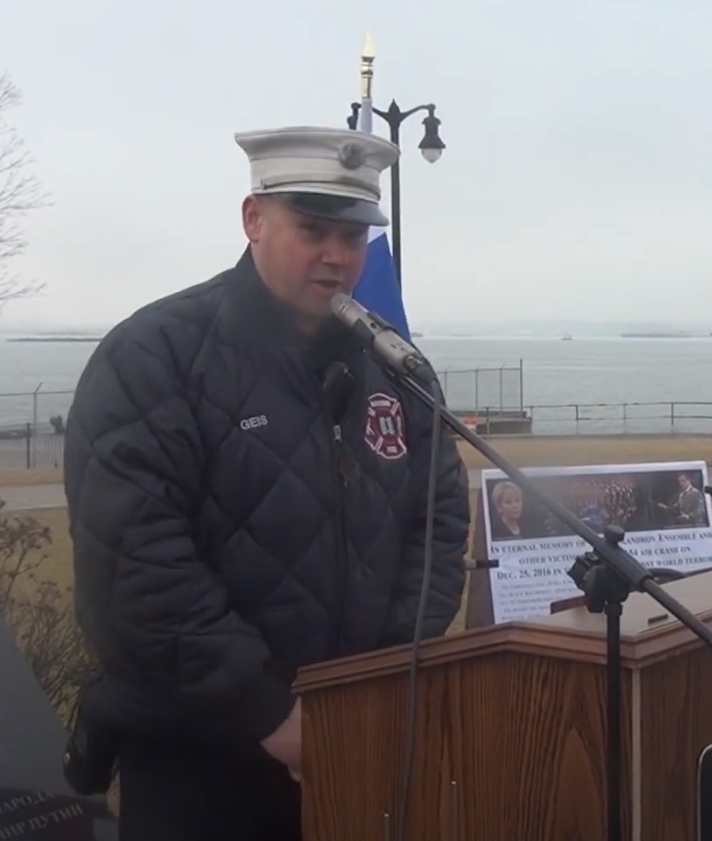 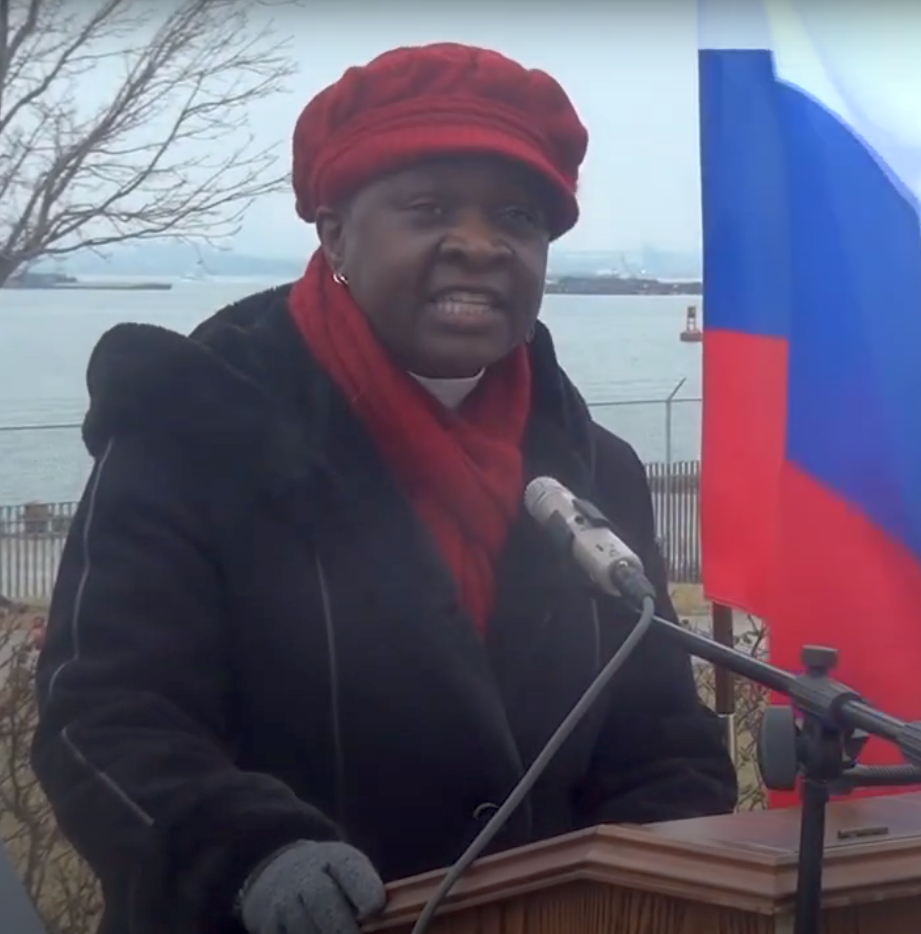 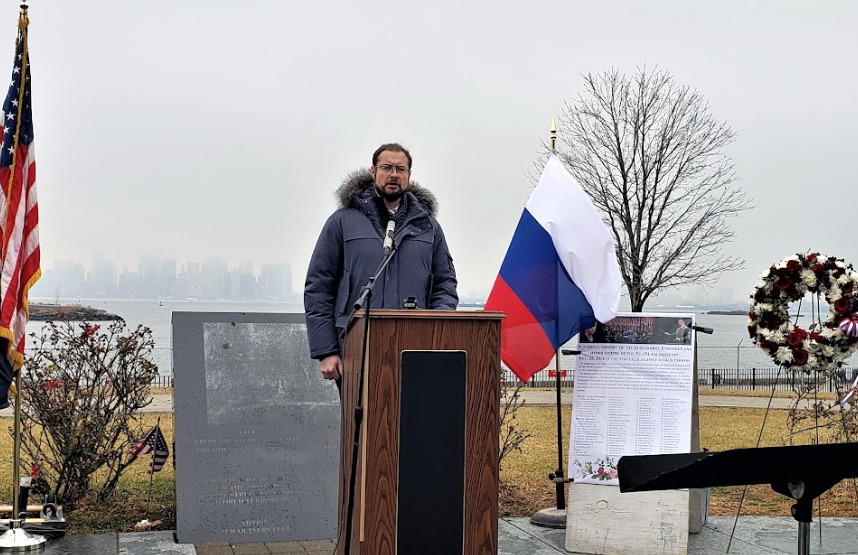 Guest of honor and keynote speaker was Ambassador Dimitry Chumakov, Deputy Permanent Representative of The Russian Federation Mission to the United Nations. Here are his remarks.

Today we have come here to honor the memory of the victims of a plane crash that took place in the skies over the Russian city of Sochi on 25 December 2016. On that Christmas Day the world lost almost all members of the Alexandrov Ensemble, an outstanding philanthropist Ms.Elizaveta Glinka, journalists from Russian mass media, and the flight crew – nearly 100 people who were heading to Syria to organize a charity event.

This tragedy resonates in the hearts and minds of people throughout the globe. Our symbolic ceremony that is held on the American soil is another proof of that. What it shows is that human relations and friendly ties between Russians and Americans are indissoluble. We have recently affirmed that, in September of this past year when we gathered at this very spot, by the Teardrop Memorial, to commemorate the victims of 9/11.

Amidst a very complicated international situation, it is the humanitarian ties that strongly bring us together. Russia has always stood for enhancing such contacts. Even today, with new outbursts of COVID-19, cultural people-to-people contacts do not stop but grow larger and stronger In a sense, they even intensify, because if we learned one thing from the pandemic, it is definitely new ways and forms of communication.

Our words of gratitude go to the “Schiller Institute” and the Fire Department of the city of Bayonne, who for many years have been co-organizers of our memorial events. Your contribution to the friendship and solidarity of the people of Russia and the United States cannot be overestimated. Tragic events unite us, but we look forward to being united without them. 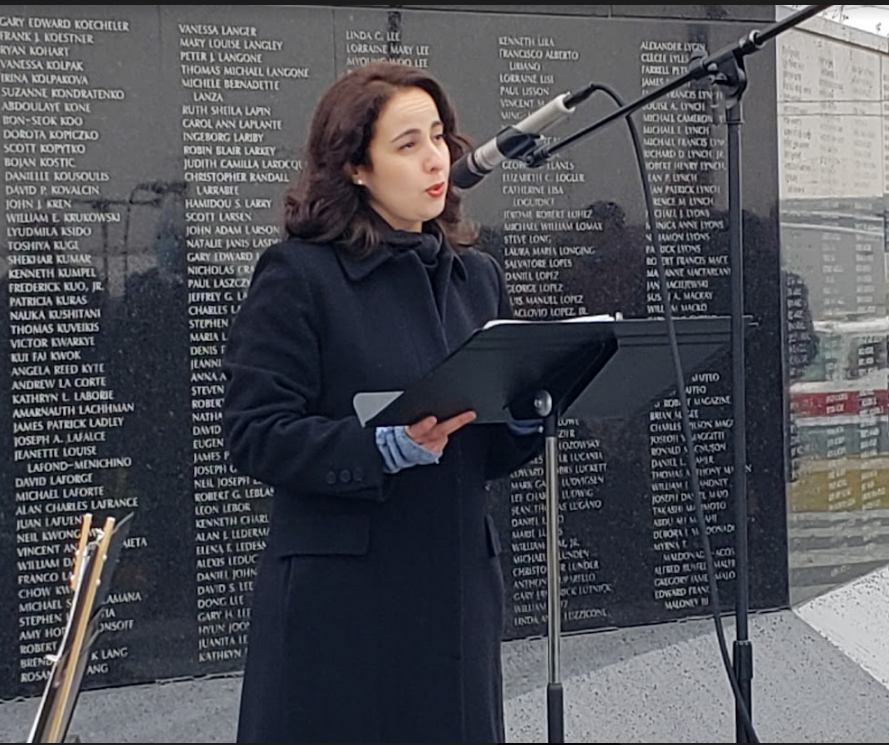 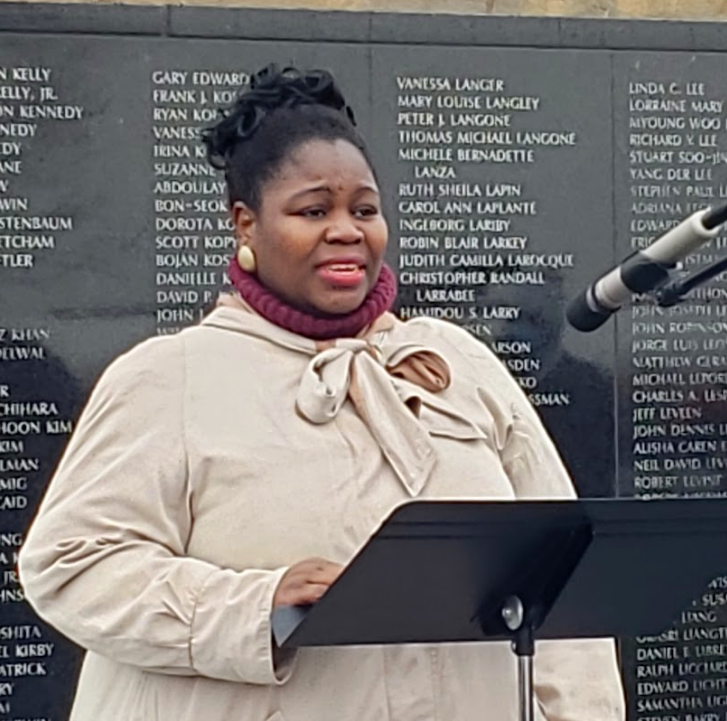 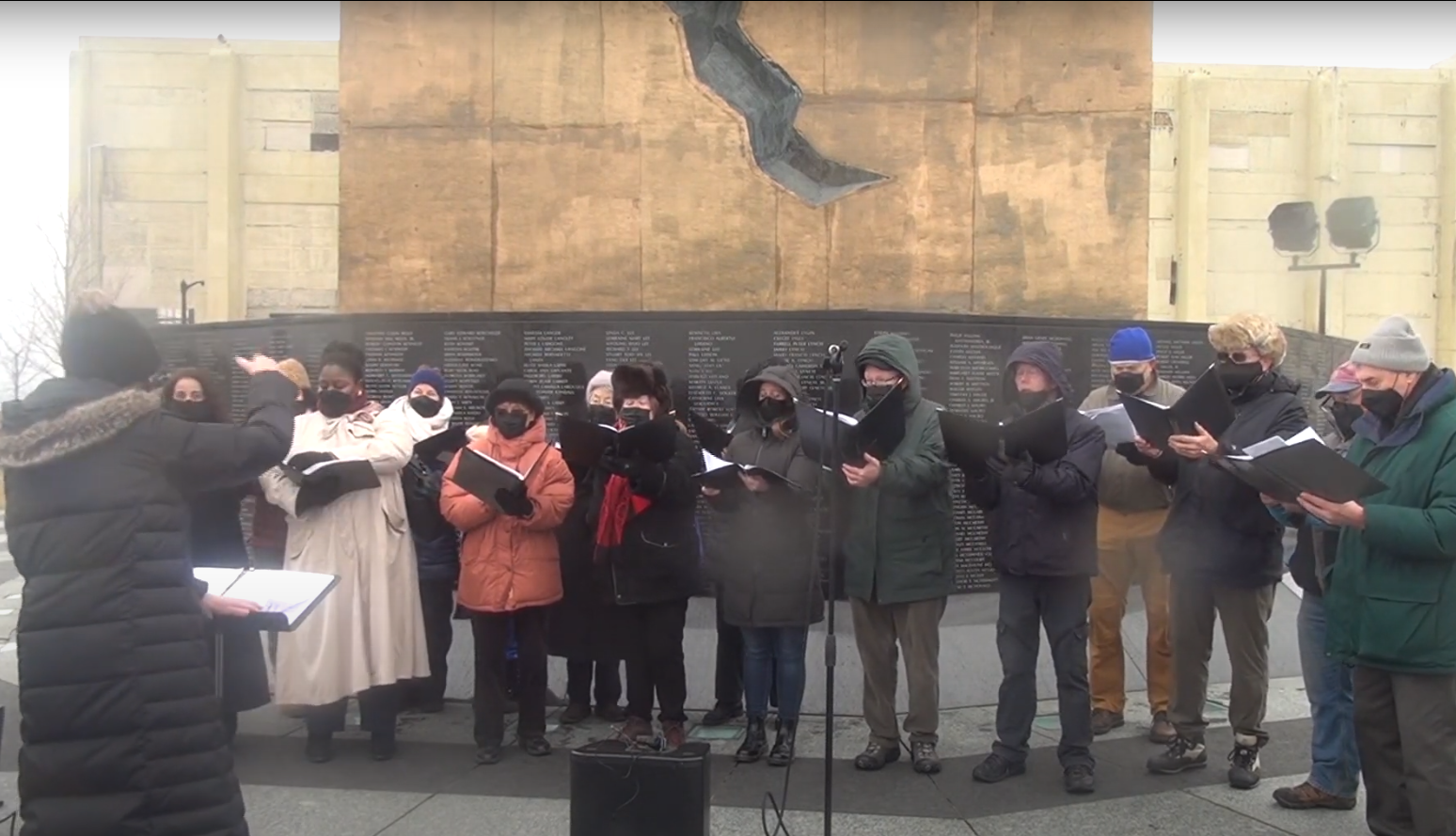 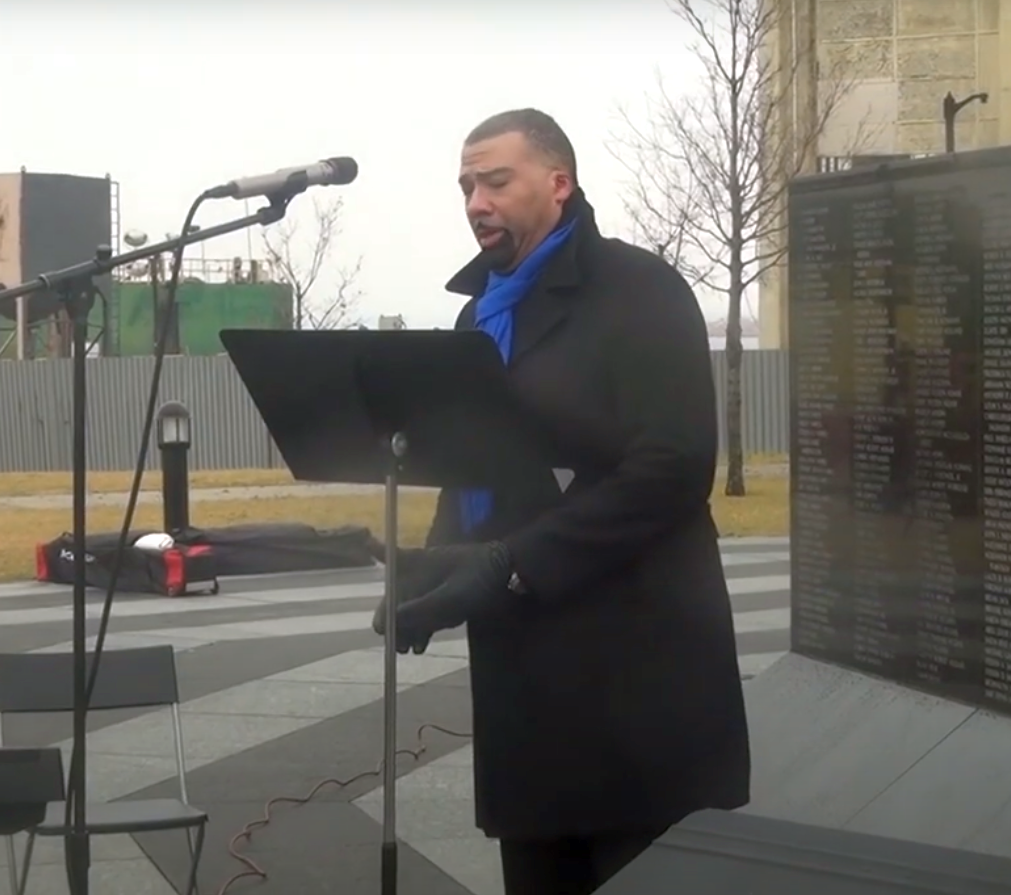 Helga Zepp-LaRouche, founder of the Schiller Institute, presented the following statement to the ceremony.

In the name of the Schiller Institute I send you my thoughts at the anniversary of the tragic loss of members of the Alexandrov Ensemble and a number of other Russians on their way to Syria five years ago. In the artistic work of that choir was and is expressed that quality, which makes us human.

Unfortunately our species finds itself right now in an incredible danger, where the world is faced with a reversed Cuban missile crisis, to which the President of your country has reacted in an unmistaken fashion. He insists rightfully, that the promises given to Russia around the time of the German Unification, that NATO would not move eastward closer to the borders of Russia, and which were broken repeatedly, now belatedly be restated in a written and legally binding form, at least as it concerns Ukraine and Georgia. Indeed the history of the last 32 years is a history of an unbelievable series of lies and deceits to create a narrative to justify the vilification of Russia, - to what end?

The Schiller Institute fully endorses the demand by Russia, that these treaties must be signed, and that the world must be pulled back from the brink of the abyss. We must shift all efforts to solve the great catastrophes of a pandemic out of control, a famine of biblical dimensions, the greatest humanitarian crisis on the planet in Afghanistan, and to eradicate poverty for billions of people.

We must reach a new paradigm of our civilization, or we may not exist. Let us revive the spirit of the cultural contribution of the Alexandrov Ensemble to mobilize the strength in ourselves to create a more human civilization!