From the combined chorus Messiah Concert at St. Mark's in Harlem, the Chorus rushed to Little Italy in the Bronx for its second concert of the day, featuring the great Bach Magnificat.

The concert took place at Our Lady of Mt. Carmel off Arthur Avenue in the midst some of the greatest restaurants and shops west of Naples Italy. 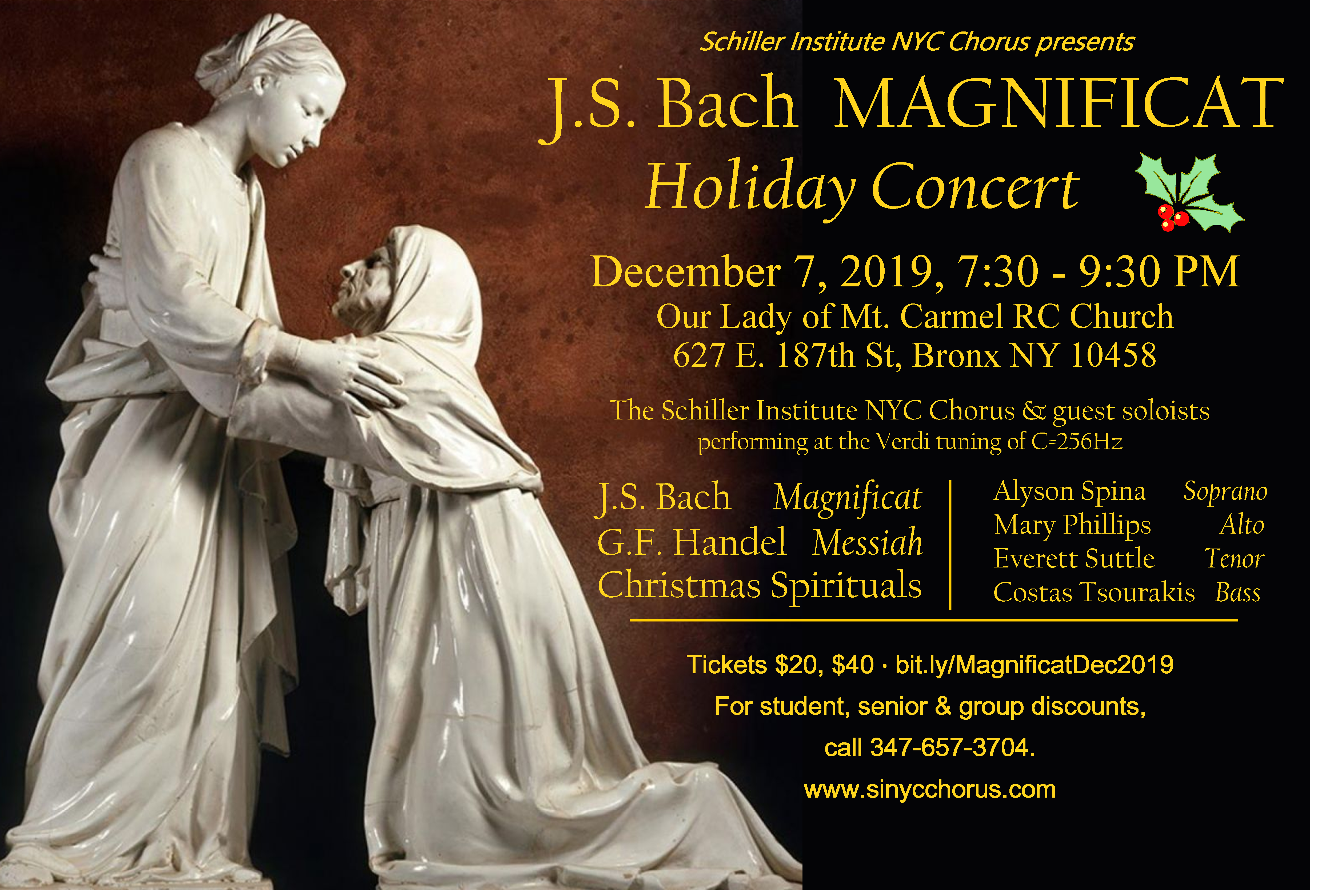 The Concert Program cover featured The Visitation by Luca della Robbia, 1445 glazed terracotta, the original of which is located at the Church of San Giovanni Fuorcivitas in Postoia, Italy, depicting the scene of the Visitation of Mary with Elizabeth described in the Gospel of Luke (Lk 1:39-56). 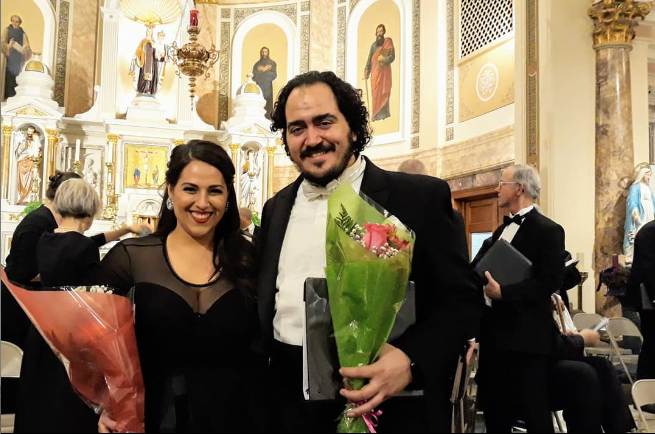 The concert began with the Spirtual, Sister Mary Had-a but One Child, conducted by Diane Sare, followed by the Magnificat conducted by John Sigerson. Following the Intermission, the chorus presented the Handel Messiah.