F sharp occupies a unique position in the well-tempered musical system, dividing the C major scale exactly in half, into two equal intervals: from C to F# to the higher C defines two diminished fifths or “Lydian” intervals of three whole steps.

It is the geometric mean (the square root of the product of the two extremes). Dividing the 12 tone system at any other place will divide it into 2 different but complementary intervals. For example, C to F is a fourth and F to the  C above is a fifth, etc. For centuries, it was known as the “Devil’s Interval” because of its dissonant and unsettling quality, and virtually forbidden to be used in any cantus firmus (musical theme), but Classical composers discovered that exactly that quality made it a unique point of departure for modulating among different keys.

F# is also the 'passaggio' in classical 'bel canto' singing, the place where the soprano and tenor voices pass from one register to the next either upward or downward. The passaggio was also key in classical compositions for expressing nodal or inflection points, especially for interpretation of texts in vocal works, but also in instrumental works where principles of vocalization are also applied. This is why raising the concert pitch above the classical C=256 Hz to A=440 Hz or higher has been so destructive for singing voices, forcing singers to make the passage between registers at the wrong, unnatural location which is bad for the voice and for which the music was not composed.

Here is the Prelude and Fugue in F Sharp major from Book II of Bach’s Well-Tempered Clavier. 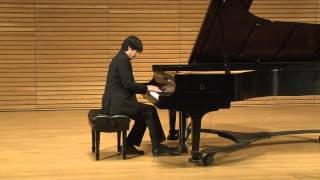