Beethoven, Schiller and the American Spirit

In Class 4 of the Summer Lecture Series, Fred Haight presented the second part of his exciting class, "Beethoven as an American Composer," looking more closely into his relationship to the ideas of "the poet of freedom," Friedrich Schiller.

The American Revolution had unleashed a new force in the world, as reflected famously in Schiller's play Wilhelm Tell.

Beethoven's revolutionary spirit was a direct challenge to the oligarchical police-state imposed by the 1815 Congress of Vienna in the aftermath of Napoleon's imperial ravaging of Europe. 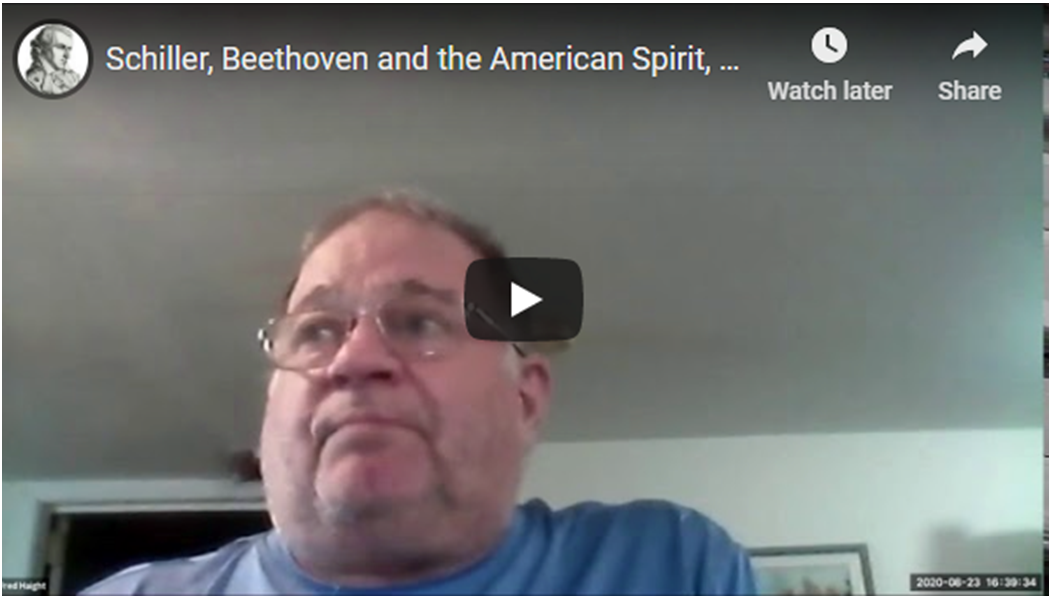