Folklore and Truth in Biblical Times

Reflections on Beethoven’s Mass in C Major: FOLKLORE AND TRUTH IN BIBLICAL TIMES

A Lecture by Anthony Morss 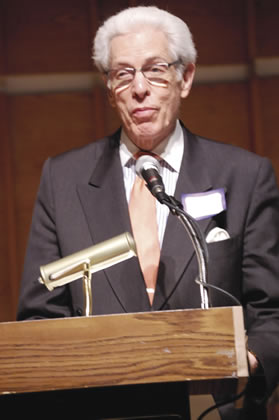 As part of its preparations for a Dec. 16 performance of Beethoven’s Mass in C Major, Op. 86, the Schiller Institute NYC Chorus sponsored a special lecture by one of its most distinguished members, Maestro Anthony Morss, in order to give both chorus members and the general public a deeper insight into stories of the grand drama upon which the Catholic Mass is based—a drama which has inspired so many great Classical choral works.

Maestro Morss, who counts over 70 operas in his conducting repertoire during his long career, has worked closely with the Schiller Institute since 1990, when he directed the Lubo Opera Company in the first American performance of Beethoven’s opera Fidelio at the voice-friendly tuning pitch of A=430 Hz as demanded by Giuseppe Verdi and advocated by many great artists, including soprano Renata Tebaldi, tenor Carlo Bergonzi, baritone Piero Cappuccilli, bass Kurt Moll, and Norbert Brainin, first violinist of the Amadeus Quartet.

LISTEN TO THE AUDIO ARCHIVE HERE