On Sunday, September 8th, 2019 the Schiller Institute NYC Chorus presented a 9/11 Memorial Concert at St. Veronica's which will be remembered by the chorus and audience alike. It was one of the most challenging programs yet, and the outcome was quite spectacular. A good number of people expressed an interest in joining the chorus, some of whom already came to their first rehearsal the very same week after the concert!

The chorus has performed a 9/11 Memorial concert each year since the historic four-day event September 9th -12th, 2016 when it presented a Mozart Requiem Concert on consecutive days in the Bronx, Manhattan, Brooklyn and Morristown, NJ. 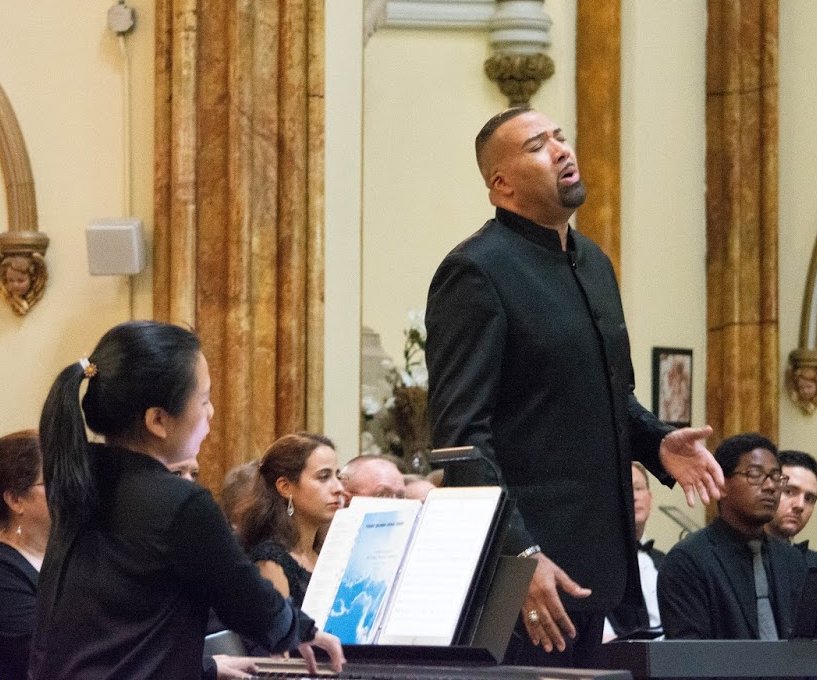 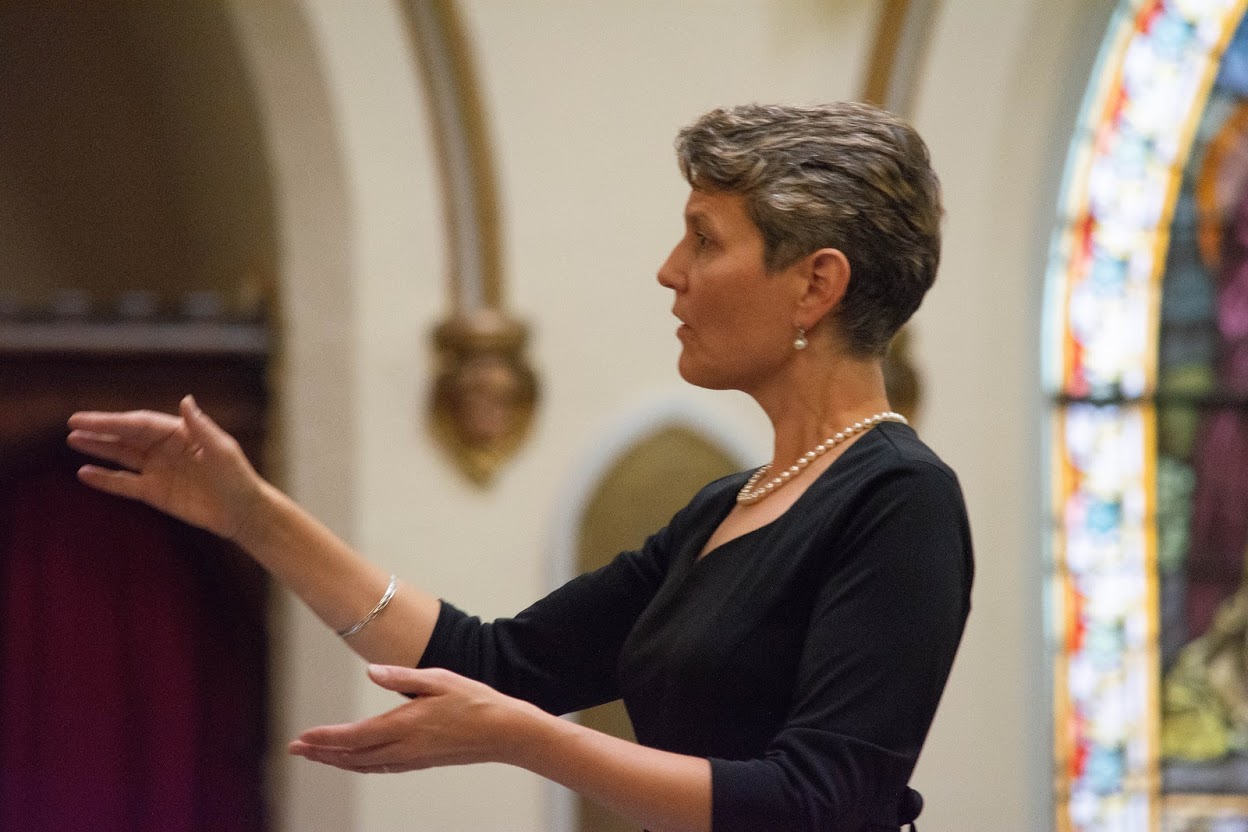 The keystone of this concert was a performance of Johannes Brahms' beautiful choral arrangement of the poem by Friedrich Schiller, Nänie. This poem takes up through the lens of ancient Greek mythology the question of the inevitability of death: "Auch das Schöne muß sterben," that even the beautiful must die! This sad occurrence can bring even goddesses to tears. However, their death is not the end when we sing in honor of those dead. Through our songs of lament we give them immortality. The performance was a good first effort for this incredibly challenging piece, done with 2 keyboards (!) - Brahms' own piano reduction played by Margaret Scialdone and Zijun Chen playing the part of the harps on the other. It's expected that the chorus will probably do a second performance of the Nänie soon, with orchestra, so stay tuned!

Tenor Everett Suttle opened the concert with the solo Spiritual Jesus, Lay Your Head In de Winder, followed by a choral Spiritual, the Schubert Mass in G, accompanied by Zijun Chen and Dura Jun on pianos and conducted by John Sigerson. The Nänie closed the first half of the performance. Yuting Zhou did a masterful performance of Beethoven piano Sonata no. 17, "The Tempest" to open the second half of the program, after which the chorus sang J.S. Bach's a cappella work, Jesu meine Freude conducted by John Sigerson, followed by a second solo work by Everett Suttle, and Diane Sare conducting 4 African-American Spiritual arrangements for chorus.

The Schiller Chorus now enters a new season which will take it through December, with a weekly schedule of rehearsals in four locations: Manhattan, Flushing, Brooklyn, and northern NJ.

The chorus has become known for its ability to create a professional sound from an amateur chorus which requires no auditions. Hardworking beginners are welcome, and the Italian bel-canto voice method is emphasized to teach novice singers to properly "place the voice" and "sing on the breath," using the choral reference tuning pitch of Giuseppe Verdi at C= 256 Hz or "A no higher than 432 Hz."

Follow the Events page for announcements of the full program of concerts through the new Fall season, which will culminate in multiple events in December.