In 1822, at the suggestion of a member of Prince Galitzin's private quartet, Beethoven received a commission for three string quartets, thus beginning the great project of the late quartets that would occupy him for the last two and a half years of his life.

The Opus 127 in Eb Major is performed here by the Amadeus Quartet. https://youtu.be/ZYYtGL34PA4 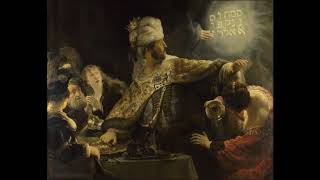